I’m back for the third and final installment of finally posting photos from and remembering my most recent vacation in Spain (which, for those who are paying attention, did actually take place over a year ago!). The first two installments reminisced about time spent with friends in Madrid and in Barcelona, and this third post is, in some ways, the most personal. I lived in Córdoba, a city of about 350,000, in 2007-2008, and this was my first time being back. In some ways, my relationship with Córdoba is a more ramped up version of my relationship with Spain — I have no shortage of complaints when I’m there, and yet I am inexplicably drawn to it. Córdoba is where I really learned to speak Spanish. It’s the city where I made friends with Spaniards of all ages, not just Erasmus students. It’s close to my heart, this city.

I was lucky enough to have a couple of friends offer to let me stay with them and ended up deciding to stay with my friend Rosa, both for the opportunity to spend time with her and to finally get to meet her partner and their daughter, María. On my first morning in town, we drove to a pueblo blanco outside of town where some friends were performing circus tricks (yep) and had rented a huge house for the weekend. It was a beautiful sunny day in a town straight out of an Almodóvar movie. 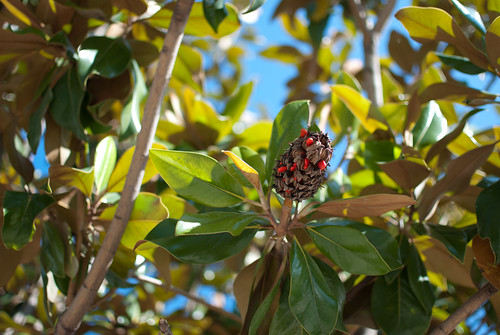 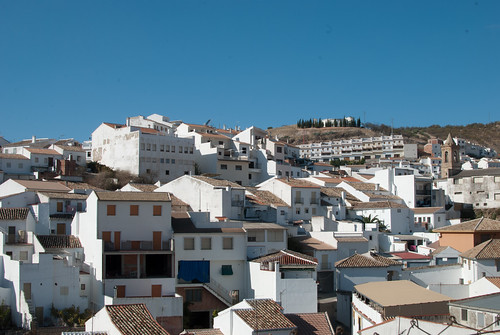 The good thing about hanging with hippies with communist leanings is that they don’t jack up the drink prices. Take what you want, mark a line on the fridge, pay before you leave. I like this system. 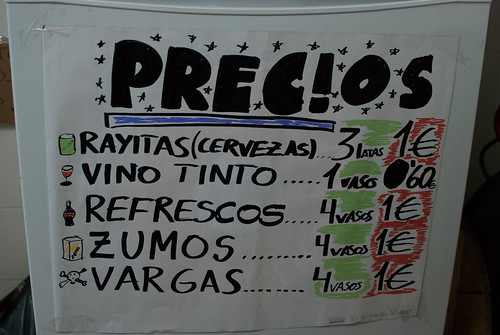 And one of the most exciting aspects of going to Córdoba — meeting María! 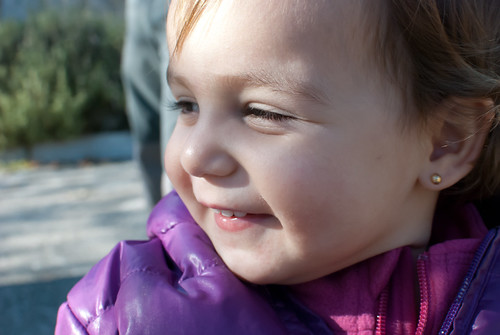 One of the best and worst parts of visiting a place frozen in your memory is seeing how it’s changed. Going on an epic trek to get the best sandwich in town, only to find El Torpedo closed? Tragic. But seeing the always too busy streets around Plaza de las Tendillas converted to a bustling, cosmopolitan pedestrian zone made me pretty happy. Even at night, it’s so much more pleasant without the sound of traffic. 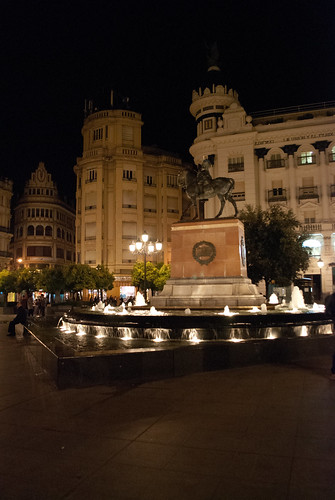 And the new sunshields at the mercadillo are such a charming (and essential!) addition to Europe’s hottest city. 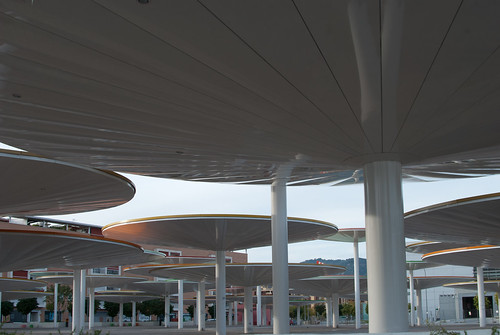 I almost lived in this plaza with the statue of Manolete, Córdoba’s most famous bullfighter. Like so many famous bullfighters, he died in the ring. The square faces a 13th century church, and sometimes I still dream about living here, listening to the church bells, feeling the breeze through the bamboo blinds. In my fantasy, I get a lot of writing done here, in this place where I never lived. Some places stick with us like that. 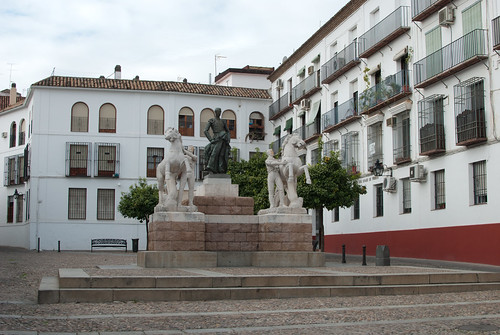 My friend and I took a trip out to Medina Azahara, a fascinating site just outside of the city. It’s an active archaeological site, and the updates over the last four years were really impressive. I have been to a lot of the Moorish palaces and important sites in Andalucía over the years — the Mezquita of course, the Alhambra,  the Giralda, and the Alcázar — but the sense of history is different at each of them. Seeing the colors that remain on the interior walls of the Alcázar helps to envision an Alhambra where the colors survived. And being at Medina Azahara, where so little remains but is slowly being uncovered, opens up a new view to the expansiveness of this period in Spanish history. 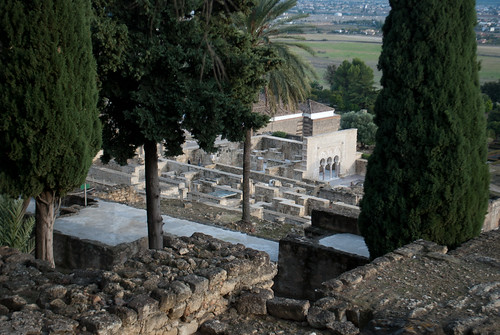 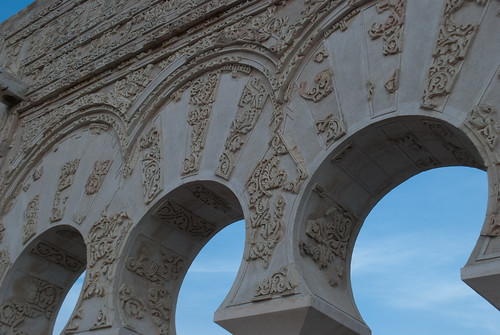 My favorite breakfast: pan con tomate, café con leche. They have these special toasters that allow for toasting thicker pieces of bread, and then you get this tomato pulp stuff and olive oil…add a little salt, and you have this simple, filling, but super tasty meal. I haven’t been able to replicate it. 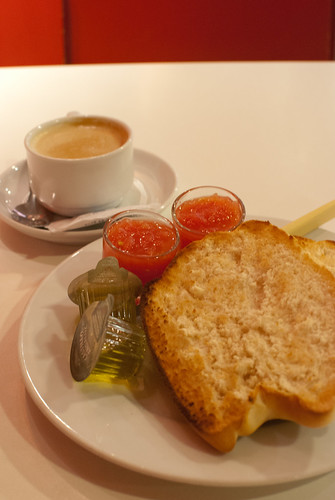 Córdoba’s old town is a neighborhood of narrow passageways, confusing streets with changing names that reflect the thousands of years of history. The streets are often so narrow that the sidewalks are less than a foot wide, and only small cars, mirrors folded in, can even pass — people have to step into doorways and hold their breath so as not to get swiped by passing traffic. Plenty of streets are closed to cars in general — one learns to listen very closely for the sound of a motorcycle’s approach. There was a certain smugness in remembering the shortcuts, in not quite yet feeling like a stranger in this city. 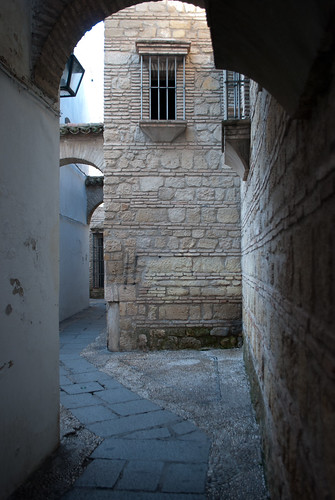 An evening wandering the Judería, with the promise of returning in the morning to see the Mezquita. 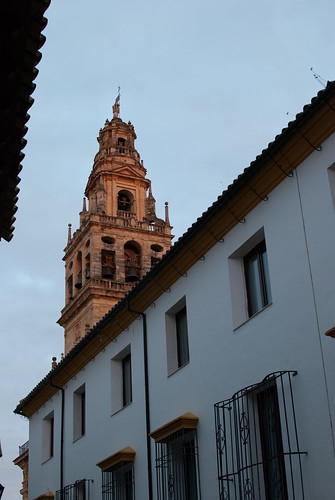 No matter how many times I’ve visited the Mezquita, and I’ve gone back again and again, something new catches my eye. There is a complexity inherent in a mosque-cathedral, yes. But there’s also this endless grace to those famous arches.

And I really love the outer doors. 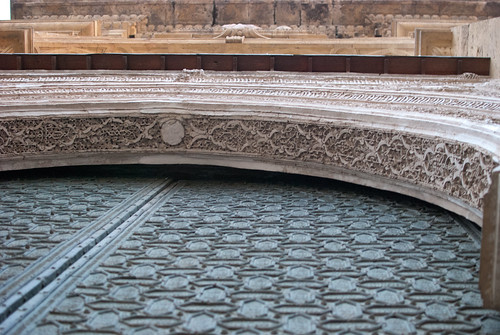 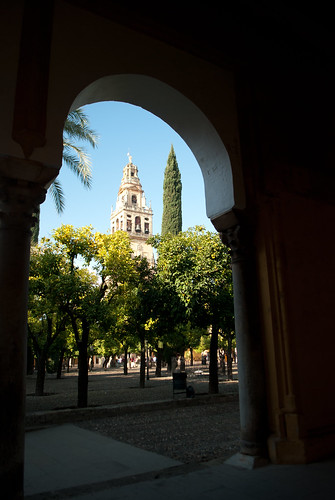 The middle, where the mosque recedes and the cathedral begins. 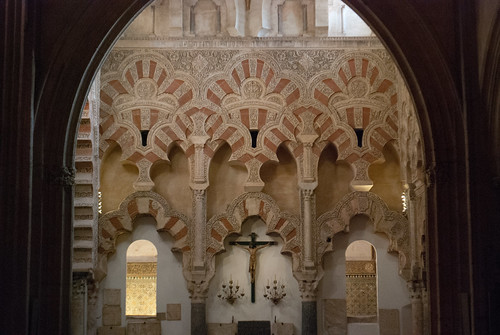 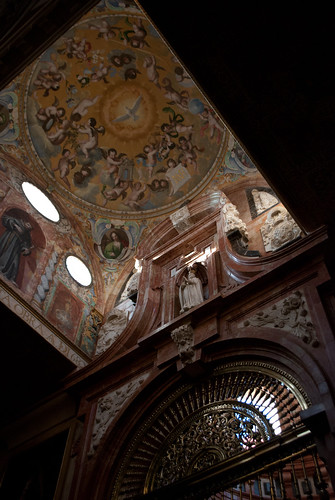 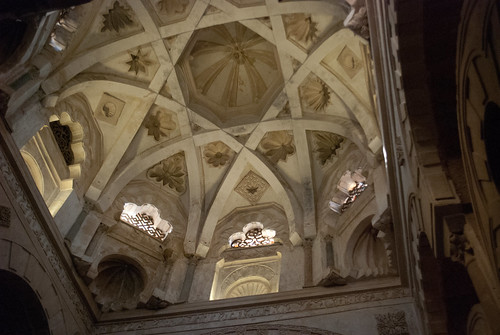 And yet the mosque is always present, and the cathedral, impressive in its own right, feels so generic as compared to this massive, detailed, beautiful wonder. 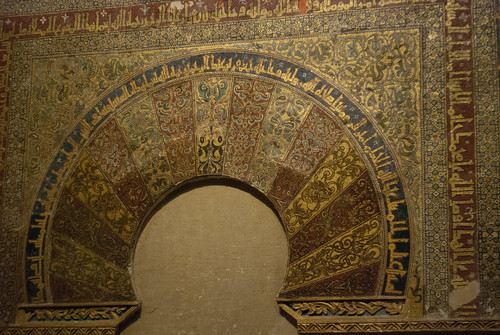 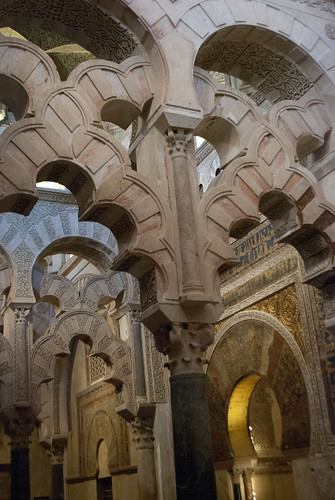 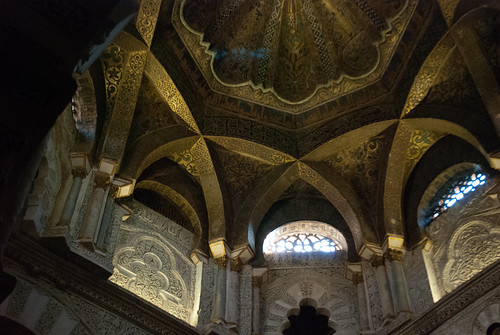 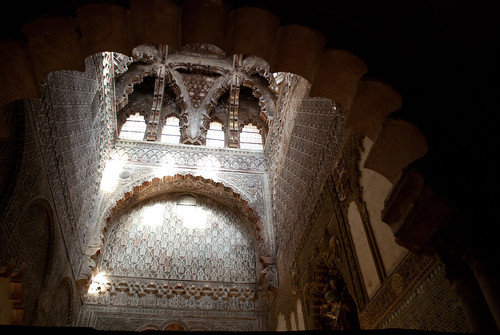 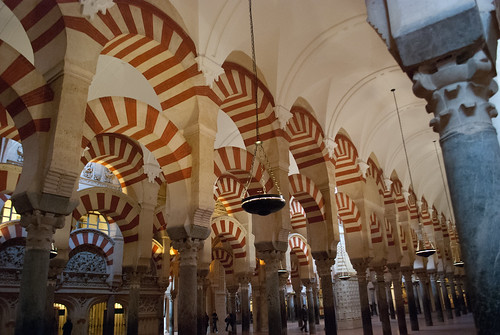 Most people think the best view of the tower can be found through this tiny passageway, Calleja de las Flores. This is the quintessential Córdoba postcard shot. 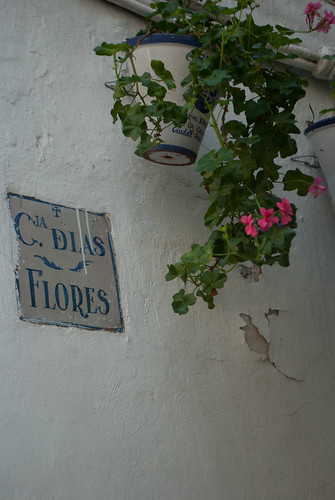 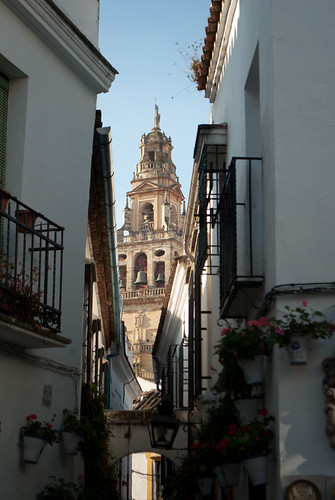 And then it was over. One final favorite breakfast at the train station, sad to be leaving once again, but also ready to be home. 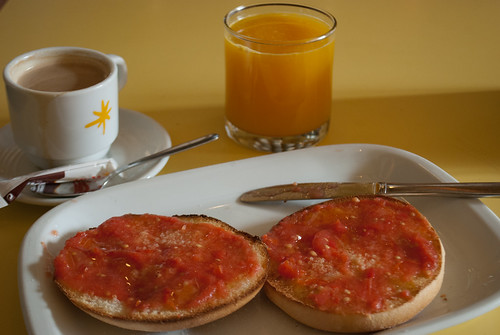 I still write Christmas cards to my colleagues in Córdoba, though I wonder how long I can keep that up. I was too busy this year to send more than a couple of cards, but I have saved a few that aren’t too seasonal, hoping to get them in the mail over spring break next week. I assume I’ll be back, one of these days, the pull too strong to resist. And yet I do wonder when I’ll no longer remember the tricks to navigating those narrow streets. When will Barajas airport in Madrid get a full renovation, no longer filling me with a sense of deja vu when I land there? As my Spanish trickles out of my brain, month by month, I recognize that it presents an insurmountable challenge to communicating with some of my monolingual friends. Somehow, almost five years have passed since I last lived there. And yet so many things remind me of Spain, so many parts of myself are informed by my time there. Always, it will shape my memories.

Always, it will feel at least a little like home.

One response to “Reminiscing, Holiday in Spain (part 3, Córdoba)”