No, I didn’t forget about you, creativity project! I just decided that I needed to step away from the internet at least a little bit this weekend so that I could deal with some essential “real life” responsibilities. And also go on a Ross/TJ Maxx shopping spree. Oh, what?

Getting back into the real swing of things, I thought I better include another photo of flowers. Weekend, here I come! 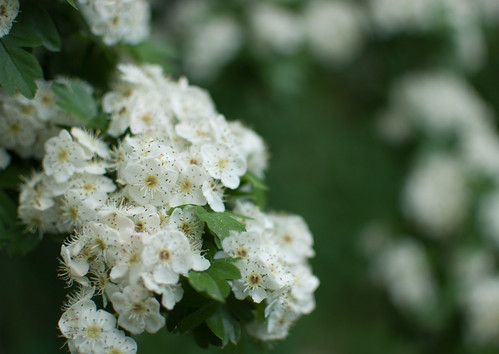 Lately I’ve been rescuing a lot of random stuff from the curb or the garbage. I figure that if I don’t revamp them soon, they can just go back on the curb, no harm done. Basically no one I know shares this mindset and they all think I’m crazy, but that’s OK. One man’s crazy is another man’s creative? Maybe.

This was in the garbage at work, since no one else could see removing all of the many generations of tape (Scotch, masking, remnants of masking long gone). 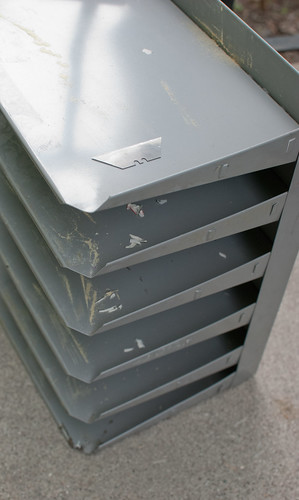 Others saw junk, I saw a project! Popped in a movie and went to town with my razor blade. Now I just need to wipe it down and paint that sucker. I need few things in the world like I need paper organization.

And then to the retail therapy. Started off the morning on Sunday by buying a midcentury dresser on Craigslist. Ended the day knee deep in homewares at Ross/TJ Maxx. Bought plenty of useful things, some less so. And then there’s the cast iron apple pot. It looks like this, and is about three times the size of an actual apple:

And it was THREE DOLLARS. I said to a friend that it’s either going to be one of those dumb purchases you made because it was cute and cheap OR it’s going to be one of those things you never knew you could live without. First I’m going to try baked apples with cinnamon and maybe nutmeg and maybe ginger. Then, I might try roasting garlic. Or peppers. Or pears! Don’t worry, these are all going to be done separately. Decided it would give me a creative cooking outlet and be weirdly cute, to boot.

And then today was busy and Monday and … still raining. So my creative move of the day was contributing to someone else’s creativity. Amy Martin is a local musician who is attempting to fund her work via a Kickstarter-esque campaign. She writes pretty hippie songs and led a kids choir with a repertoire of songs about science. They opened for Ani DiFranco a few years ago and I was totally smitten. So, about the campaign: though I didn’t have much to contribute, I have a CD of hers I really enjoy and thought I could at least chip in. “Green Valley” is my favorite song written about the city in which I live (I think The Decemberists’ “The Apology Song” might be number 2). Also, for whatever reason, her political satire song “It’s About Oil” pops into my head sometimes in the shower. Listen to this song and you’ll see it’s really quite an image.

So, how was your weekend? Any exciting recent purchases? What would you roast in a weird little apple pot (if only you were so lucky to have one)?

(apple photo from amazon.com, other photos by me, Amy Martin’s music available on Amazon and iTunes)

Posted in getting crafty, photography, things that make me smile, what I'm listening to now, working | 2 Responses