At the start of every fall, as summer winds down, the air starts to get crisper and the leaves start to turn, I wish I had squeezed in more trips to the farmers market. From early May to late October, the city where I live is bursting with markets. Every Saturday, there’s a couple of decent sized farmers markets with vegetables and flowers and some prepared food here and there, plus another for crafts and art and random hippie accoutrements. A Sunday market joined the scene downtown this summer, and at least one outlying part of the city, where the people form their own school district and fight hard to stay off the grid, hosts its own renegade Sunday market. This summer, I hit them all.

From the first market of the season, where there was little on offer but radishes and plant starts and lettuce mix, to the late summer markets bursting with the most wonderful array of local bounty to the final markets, when things start to dwindle and gourds feature prominently, I loved being there on weekend mornings this summer. I know it’s hip to be all wonder-struck by local food, but seeing as how my lame attempts this summer yielded one (1) green tomato and one (1) tiny green pepper (the rest went to the deer, goddamn them), I can’t help but be in awe of what people can do here, in our tough climate, during a rainy summer. Between the Russians spritzing cucumbers, the Hmong and their squeaky clean vegetables, perfectly laid out and looking like they’ve never touched dirt, and the various hippie types peddling everything from bok choy (and lots of it) to pies, the markets are a wonderful place to eat and plan future eating adventures with your wares. It’s one of my favorite things about summer.

So I thought I’d dig up some of my favorite photos from this summer’s markets:

First market: not much but lettuce and radishes. 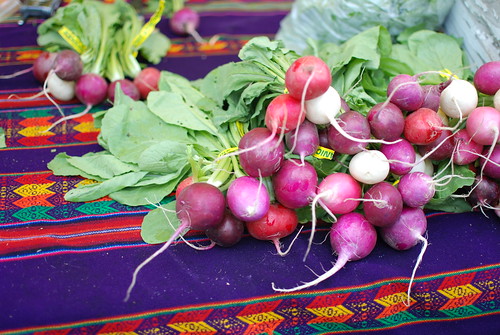 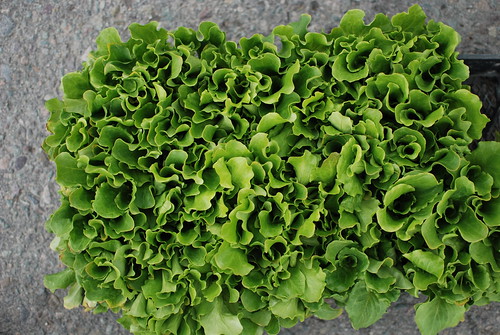 These breakfast sandwiches are a fairly new addition. So scrumptious. 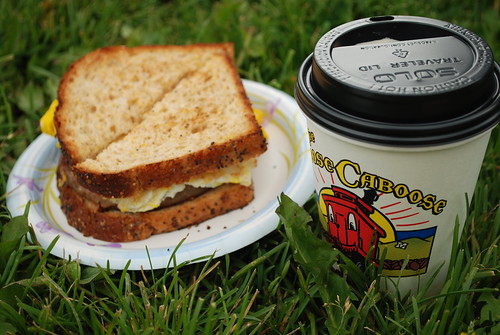 Late July was all about the Flathead cherries. 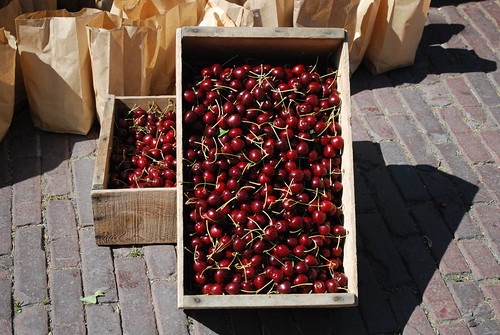 Went really crazy one weekend and bought way more than I could ever use. But there were just so many wonderful things! 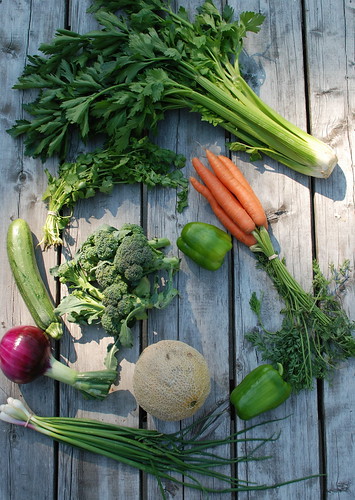 This summer was also one of lovely bouquets (more photos to come later in the week). 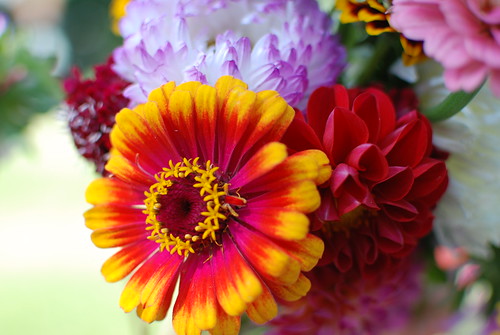 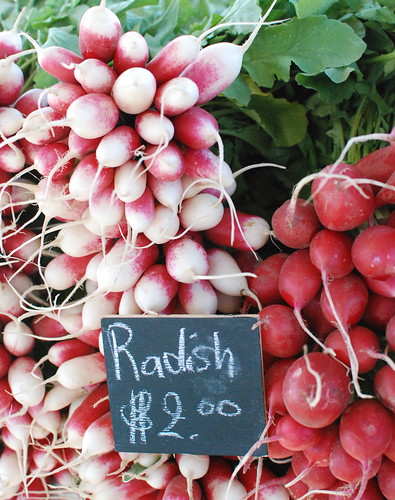 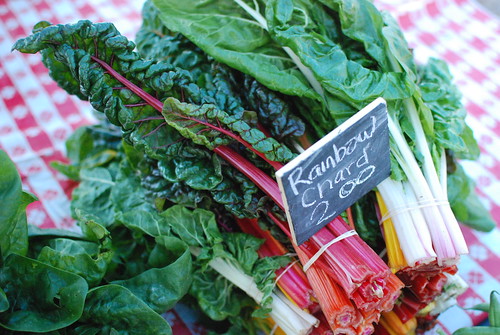 I bought so much cilantro that I had to turn to this post for ideas on how to use it. 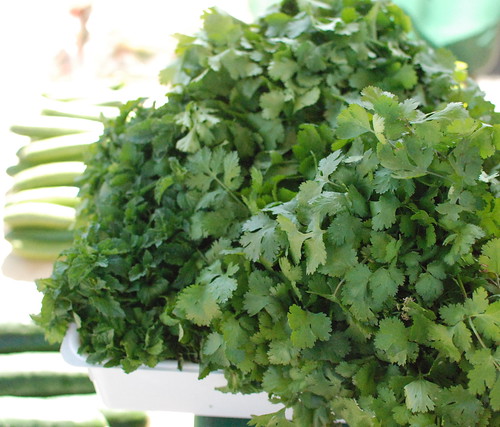 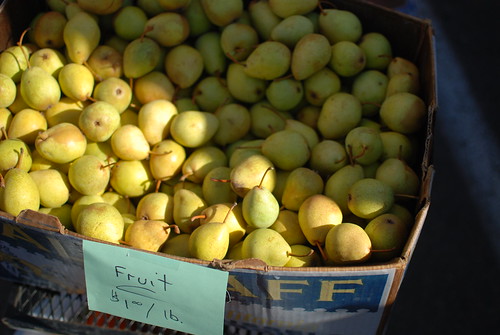 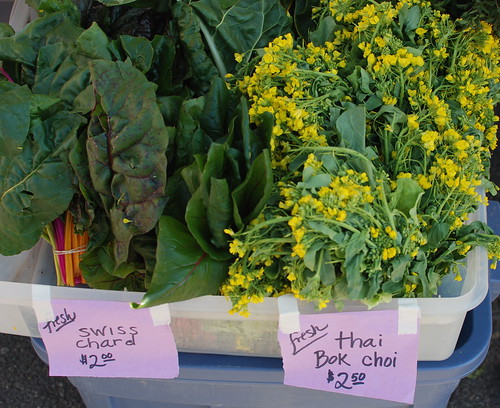 Pumpkins for Pakistan fundraiser (the pot leaf cracks me up) 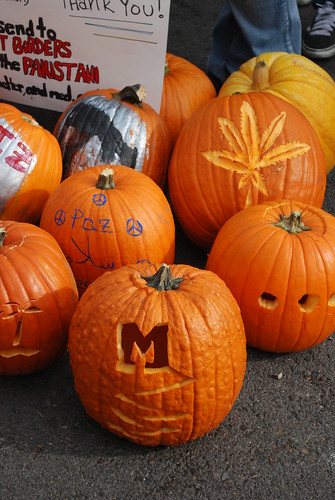 And then, at the last market, it was time to say goodbye until next year. 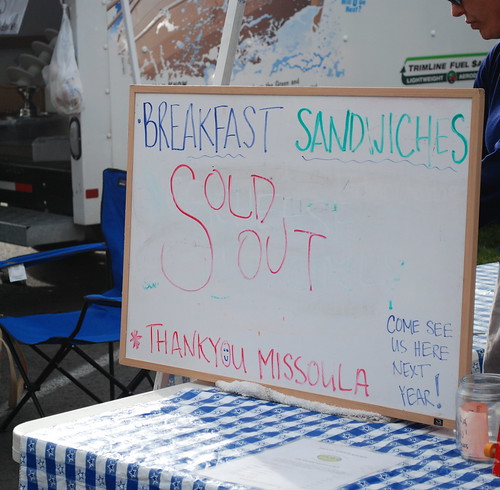 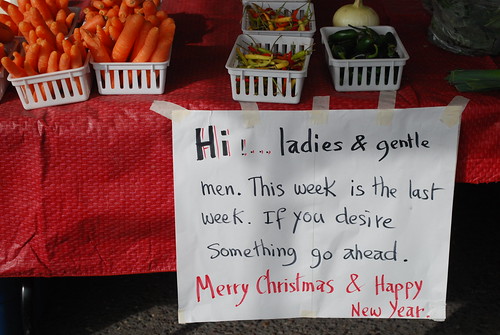 Do you have a summer market ritual? Maybe you are lucky enough to live somewhere with year-round markets. Has anyone ever been a CSA member? I think it would be amazing – but I would need to split the box with about ten other people.