Sometimes it takes a little while for your emotions to catch up with you and actually seem real.

I suppose this applies to a couple of situations that have occurred lately, and I could go into emotional specifics, but this isn’t really a post of that nature. Instead, I thought I’d write a bit about something seemingly inconsequential that I see as a small tragedy.

The Bull Market Antique Mall in my hometown closed in November.

I happened to stop in sometime in November when a friend was in town. He’d never been there and I wanted to give him a glimpse into my favorite place to shop for Christmas presents. As we walked by the counter, one of those wooden behemoths that showcased grains and flour and such in little glass windows in some general store long ago, I saw the sign. Store closing. This is a situation where the heart sinking cliché actually works.

The couple who ran it live outside of town, and they said that with the high cost of gas (remember that?) and the economy, it wasn’t worth it anymore. They had let all of the vendors know and had started discounting the sea of antique goods to be gone by the end of the month.

I was sort of at a loss.

I’m not in a place to purposefully accumulate a lot more stuff. (I do a good enough job adding to my load even when I’m desperately trying to behave.) I bought only two things—a pewter dish for $3.50 and a well-loved1896 copy of Nathaniel Hawthorne’s children’s collection A Wonder Book for a buck—and even those seemed incredibly impractical considering where I am in life. And yet I was sad to walk down those steps for the last time.

It’s a tangible result of the economic quagmire we’re in. It’s yet another local shop giving up, for one reason or another. And those things matter to me. But mostly, the Bull Market had been a place of discovery, and I wasn’t fully aware how much I was going to miss it.

Each vendor’s cubicle offered the possibility of something completely different from the space you’d just left. Each display case commemorated history—local history in the form of bottle openers emblazoned with defunct beer companies or photos of long-gone buildings, national history with inauguration buttons and old Time magazine covers, international with globes of forgotten countries and tchotchkes “Made in West Germany.” I loved its location on Machinery Row, on the top floor of a huge brick historical building with windows overlooking the river.

Over the years, members of my family and I found a tea service in my grandma’s sixty year old pattern, a part cowboy, part Art Deco belt buckle, and a wooden box that once held dynamite just the right size for summer geraniums. One year, a tiny Danish stainless steel dish with an itty pedestal caught my eye. I mentioned it to my sister, offhandedly, and she and my mom searched the entire place for it—quite a feat considering the sheer quantity of stuff on display. I got it for Christmas and it still brings me joy just thinking of it.

Sometimes I would go there just to wander (though I rarely left empty handed). I liked reading the inscriptions in old books. In November, I found a couple of high school yearbooks from the 1920s—the person had gotten every member of his class, plus all administrators, to sign next to his or her name. There were hilarious clubs. The school looks largely unchanged. These books had that great musty smell in the spines. I love that. And I wondered what made this person give up his yearbook after all of these years, wondered whether it was a result of family cleaning out the home after his death.

We are a country of hoarders. We have too much stuff. Every magazine cover this past month focused on getting rid of clutter, organizing the home. And I am diligently trying to do just that. But sometimes stuff, cool stuff and not just something utilitarian or picked up one day when I was bored at one of the -Marts, can make the quotidian beautiful. The Bull Market brought together so many disparate memories in one place, and a little something is missing downtown now that it’s closed. 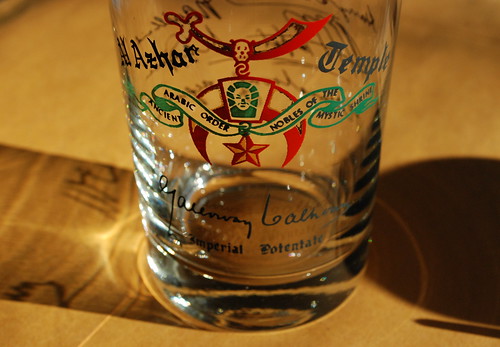 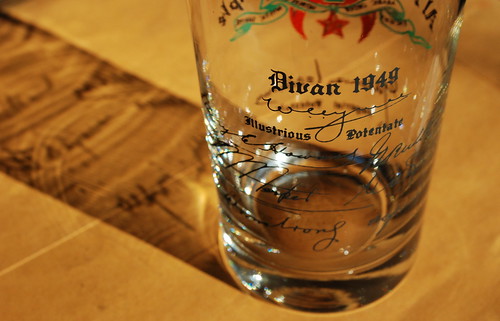 My dad bought my mom a set of 4 1949 Al-Azhar Shrine Temple glasses for Christmas this year. They are the perfect size for juice. 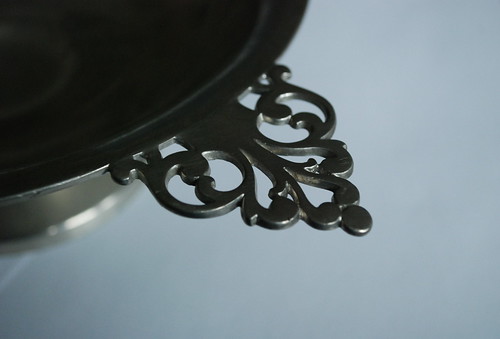 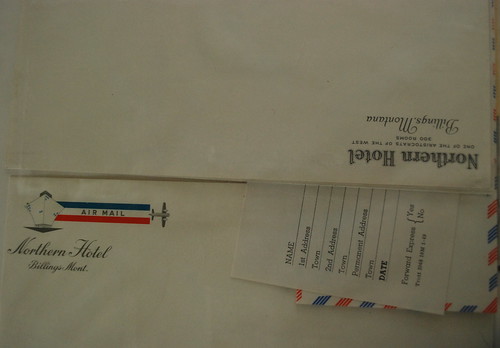 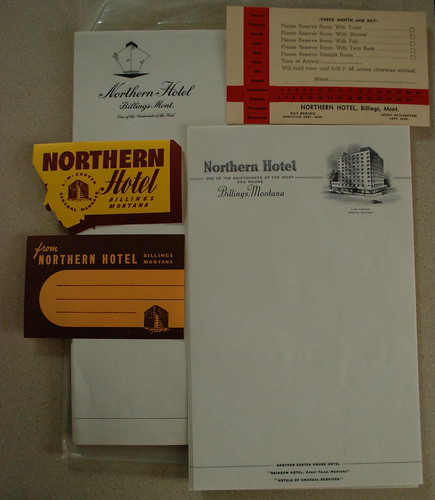 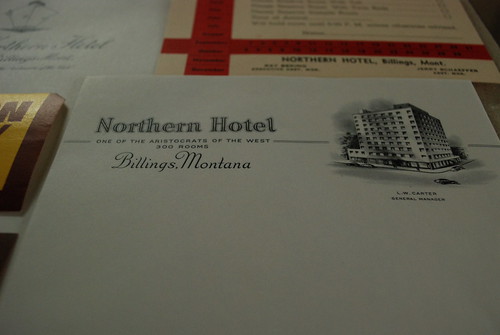 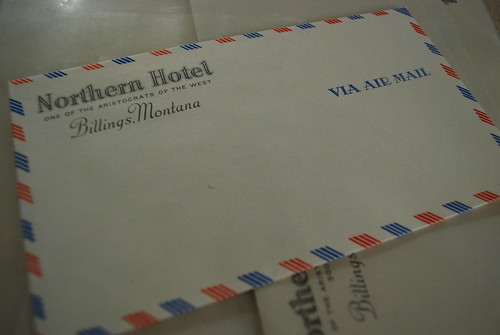 A full set of stationery from the fancy Northern Hotel (“One of the Aristocrats of the West”) which closed years ago. Another Dad to Mom Christmas present, as this is where they had the rehearsal dinner for their wedding. There’s everything from air mail envelopes to stickers to your suitcase (or trunk!) to reservation postcards. Travel used to be so extravagant and elegant. 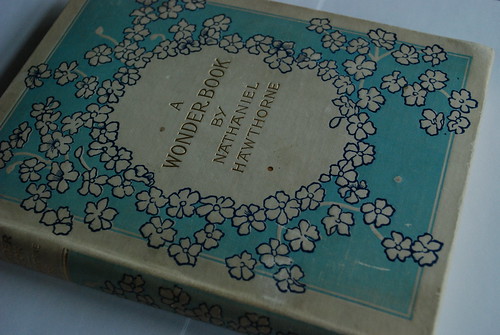 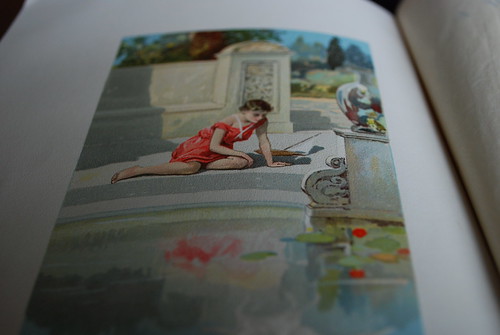 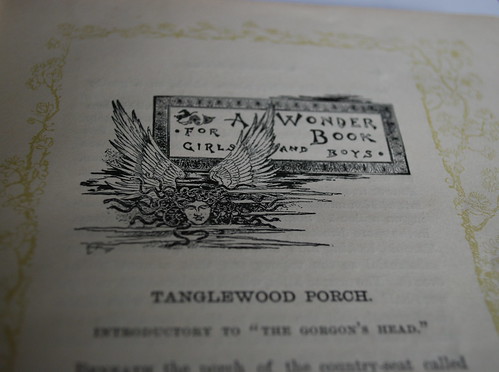 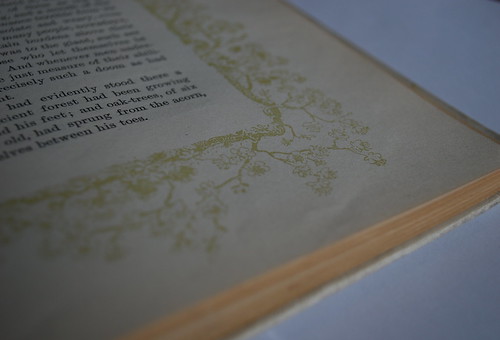 Nathaniel Hawthorne’s A Wonder Book for Girls and Boys

Posted in a few of my favorite things, design, Montana, things that make me smile | 2 Responses

2 responses to “No more Bull”